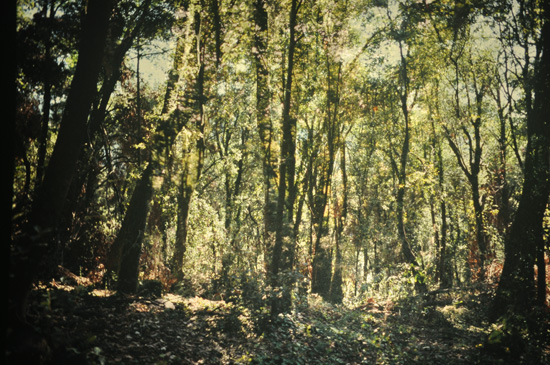 "Woods, like water, have been suppressed by motorways and the modern world, and have come to look like the subconscious of the landscape... Human beings depend on trees quite as much as on rivers and the sea. Our intimate relationship with trees is physical as well as cultural and spiritual: literally an exchange of carbon dioxide for oxygen. Once inside a wood, you walk on something very much like the seabed, looking up at the canopy of leaves as if it were the surface of the water, filtering the descending shafts of sunlight and dappling everything..."
**Roger Deakin, Wildwood, 2007