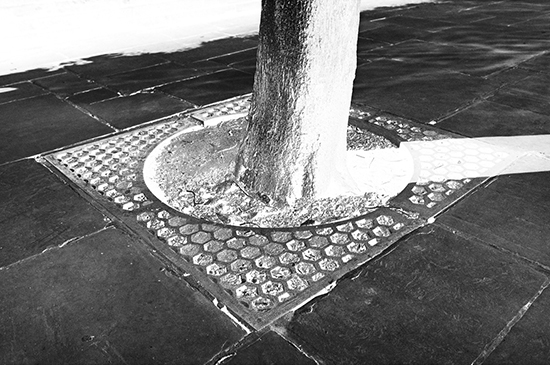 "...The works, as a whole and individually, play with the relationship between [striated and smooth space], starting with the production of what might be called 'gridding' places and experimenting with the pleasure of variation and smoothing out. What could be more striated than a close-up of the base of solid tree trunk, set in an urban environment, imprisoned by a square iron grate? The projected film negative amplifies the hexagonal pattern of the grate, repeated in other works through a rhythmic family network - grids, grilles, window frames, fences, screens, paving slabs - but also competing vectors - fissures, cracks, crevices, intervals and splits. To return to [Deleuze and Guattari's A Thousand Plateaus]: "passages between the striated and the smooth are at once necessary and uncertain, and all the more disruptive"..."
**Peter Johnson, Continuous variation, 2015 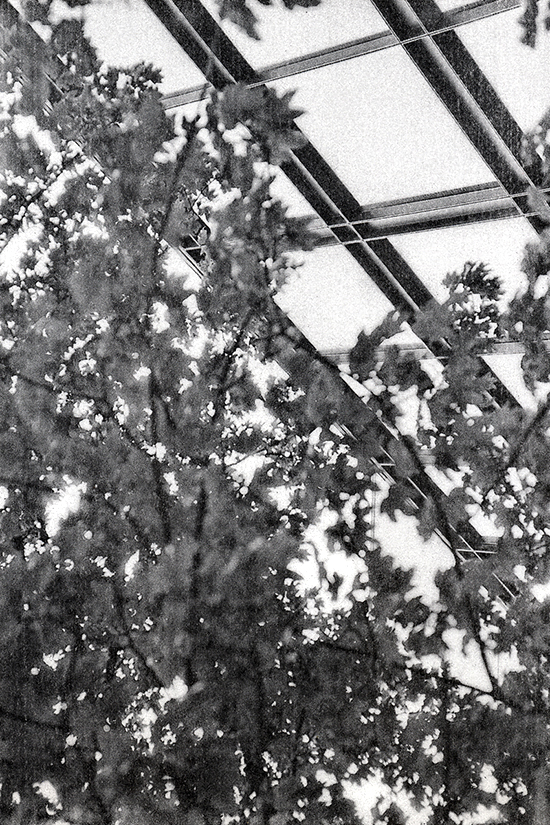 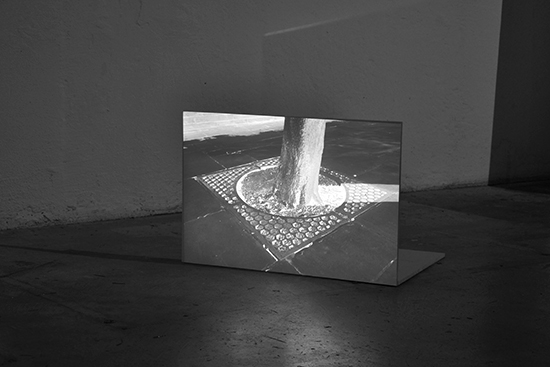